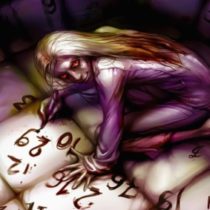 SugarSkull Haunted Insane Asylum! (A group made by members of the GrandSugarClan).
Far up in the hills of Sugarland, there exists an insane asylum undiscovered by new developments due to its secret location. Some say it doesn’t exist anymore and that the only thing in the old asylum are ghosts. But are they right? Or are there still lunatics within the dark corridors of the asylum?
// this group is mainly for rp family and friends who can handle gory and expilict scenarios but all are welcomed.//